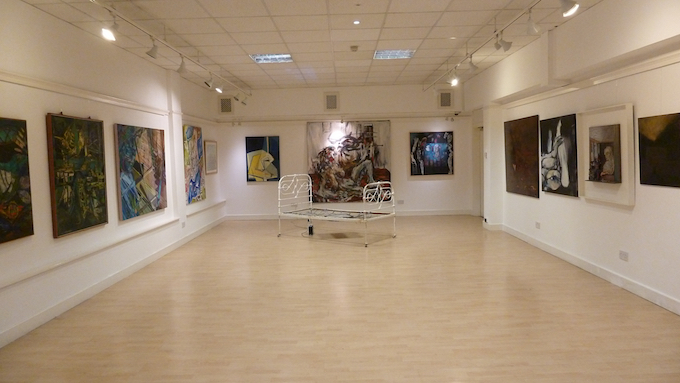 Migration defines our modern world. The UK’s biggest migrant population is concentrated in London. Around 37% of people living in Inner London were born outside the UK. In 2013, the number of migrants in London reached 2.8 million – more than in any other metropolitan district in the UK. These numbers justify the claim that to be a Londoner means to be a migrant.

The main objective of this exhibition is to engage with different generations of Poles living in London to discuss questions of migration. It also aims to invite members of the wider public to take part in the discussion about cultural identity of migrants living in a global city, especially in the context of Brexit and its immediate and worrying aftermaths.

The theme of this exhibition concentrates on dreams which should help to instigate such discussion. Dreaming is an organic and universal human experience, shared regardless of cultural divisions. Every human being dreams, but not everyone remembers dreams after awaking. Dreams remain independent from human will, which facilitates a self-referential exploration that is free from any sense of moral guilt. An interpretation of dreams allows one to take a step back and look at the life experience from a different and more critical angle. The complex identity of a migrant also reveals itself in dreams. Migrants often dream about the people, places or events they left when they relocated to a new place. This sensation occurs most often shortly after moving to a new place, when the images from the past are still rich and vivid.

The exhibition comprises of works of artists such as Marian Bohusz-Szyszko, Janina Baranowska, Tadeusz Znicz-Muszyński or Raya Herzig, but also members of younger generation such as Maciej Jędrzejewski. This cross-generational narration is a response to the problematic generational gap that is particularly discernible in the case of Polish diaspora in London.